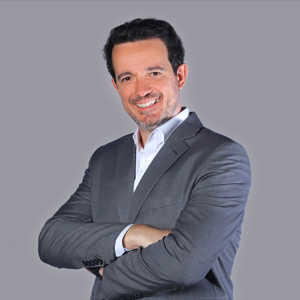 Xavier Anglada, Strategy & Consulting Lead for Accenture in the Middle East, brings with him over 22 years of experience in strategy, consulting and operations in the FinTech, Media, and Telecommunication industries across Europe, Asia, Africa and the Middle East.

Prior to joining Accenture, Xavi was CEO of Cash Credit, an innovative FinTech company offering micro-finance services with mobile telecom operators and other partners, where he led the company’s expansion from Eastern Europe to the Middle East, Far East and Africa.

Xavi is a native of Spain, and holds an MBA from ESADE in Barcelona together with a MSc in Electrical Engineering and a BSc in Telecommunications from La Salle Engineering in Barcelona. Having lived in 4 continents, led assignments in over 30 countries, he is excited to expand his footprint with Accenture in the Middle East with his wife and 3 sons.